6. Gearing 14/44
I have mostly run 14/44 gearing. For slow sections some clutch slipping is needed, it cruises easily at 90-100kmh on highways. Most people like 15/48 which is very similar to 14/44, but there is not enough clearance to run a 15 tooth front sprocket with KTM Powerparts clutch slave cylinder protector! I tried this, when a 44 tooth sprocket was not available in Spain, I modified the plastic chain guard to get more clearance but noticed the chain started to eat into the billet clutch cylinder guard. I changed to a 14 sprocket, so I'm currently running 14/48, which is good if you're ok with cruising 80-90kmh. I'll probably go back to 14/44 with my next change.

7. Tutoro chain oiler
I wanted a chain oiler because it supposedly increases chain and sprockets life, which would be great in Africa where supplies are scarce. I don't think I have achieved the increased lifespan so far and still struggle to find a good place for the oiling nozzle. Chain and sprockets can easily be covered in mud, which causes the nozzle to be wiped out by sprocket or chain. They can also create a mess near the countershaft and rear wheel when opened too much.

(Note from 'the editor': they can definitely increase chain life. We don't use the Tutoro nozzle as they get damaged too easily. What we do instead is run a short hose to just behind the front sprocket with a soldering wire inside it to help the hose keep it's shape and allow it to be strapped with a zip-tie without hampering the flow. The last 20 mm of the hose has no soldering wire in it. The hose drips onto the chain just after the front sprocket, out of harms way, and if the chain flicks up and hits the hose it will simply flex with the chain and back again. This setup has worked for over 80,000 km for us.)

10. SKF fork mud scrapers
I started with neoprene fork protectors, but I really didn't like not being able to see under them, so I removed them. After my seals blew in Romania, one repairshop recommended SKF mud scrapers and I'm still using them, no major oil leaks since.
11. Neoprene PDS shock protector


The only thing I really regret not upgrading is the notorious kickstand.
​​​​

Romet has just arrived in Angola and now has 40,000km on his EXC. The story above was done while he was in Guinea, since then he has continued on going south and has travelled though the Ivory Coast, Ghana, Togo, Benin, Nigeria, Cameroon, Gabon, Republic of the Congo, Democratic Republic of the Congo and now Angola. Below are some images of the countries mentioned above. 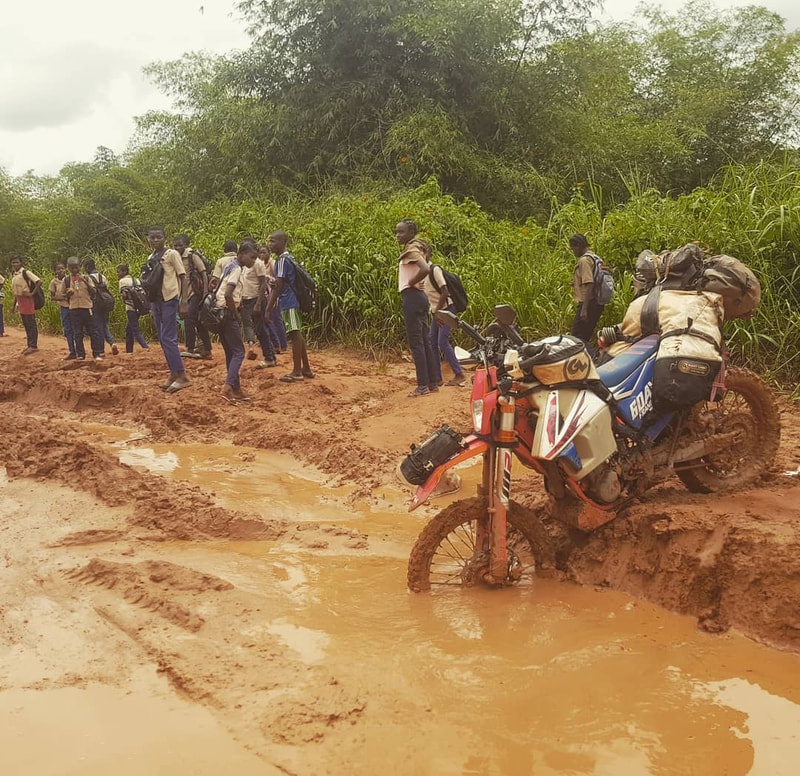 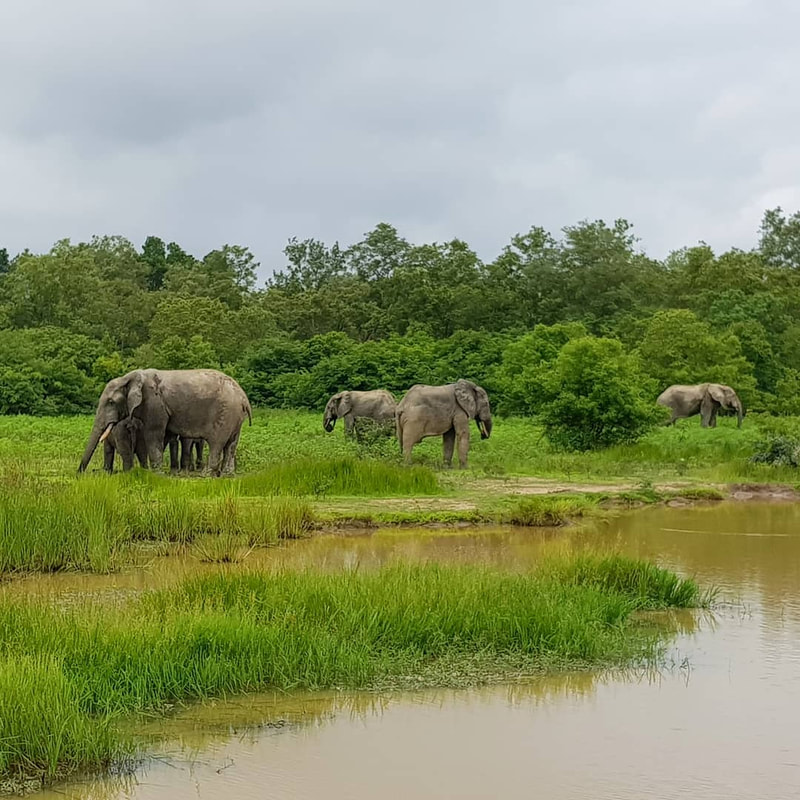 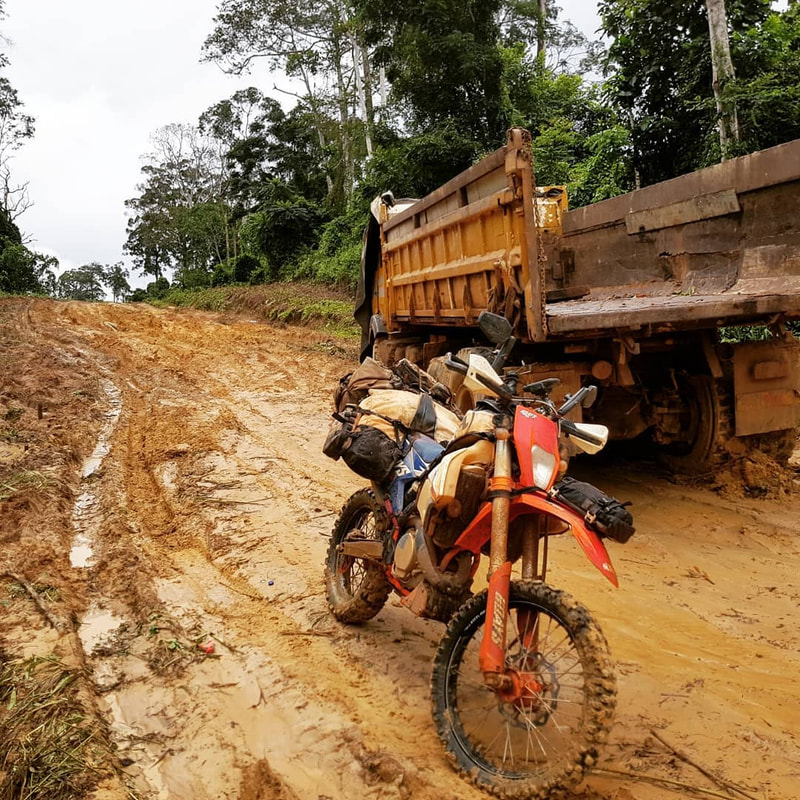 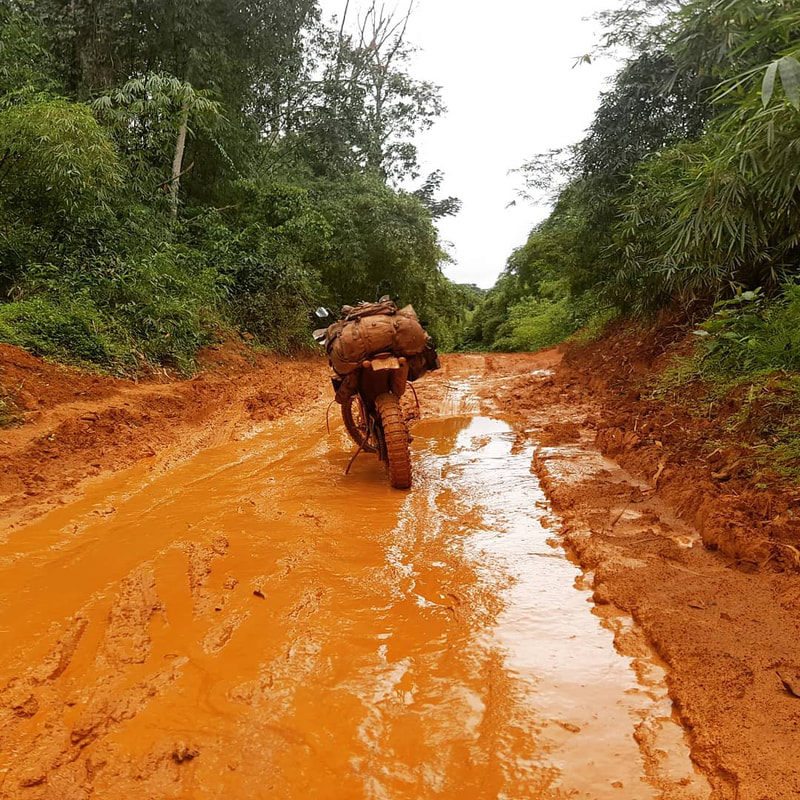 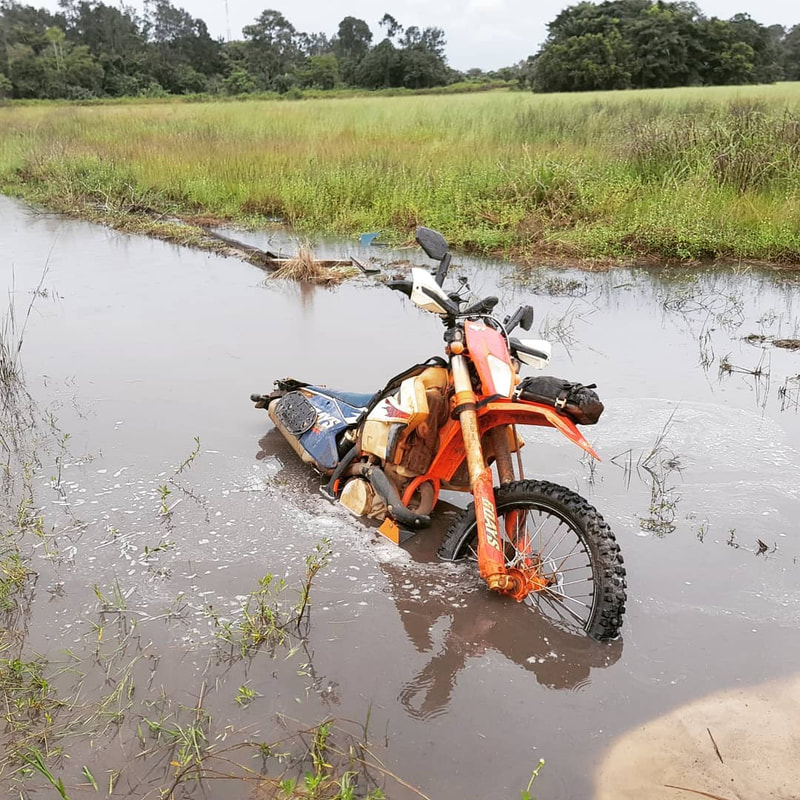 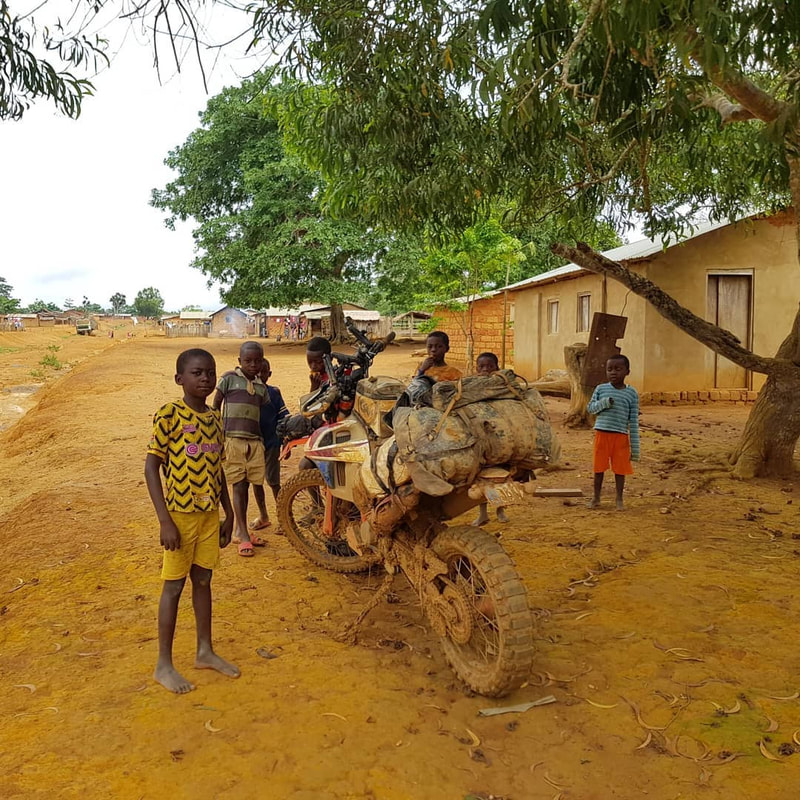 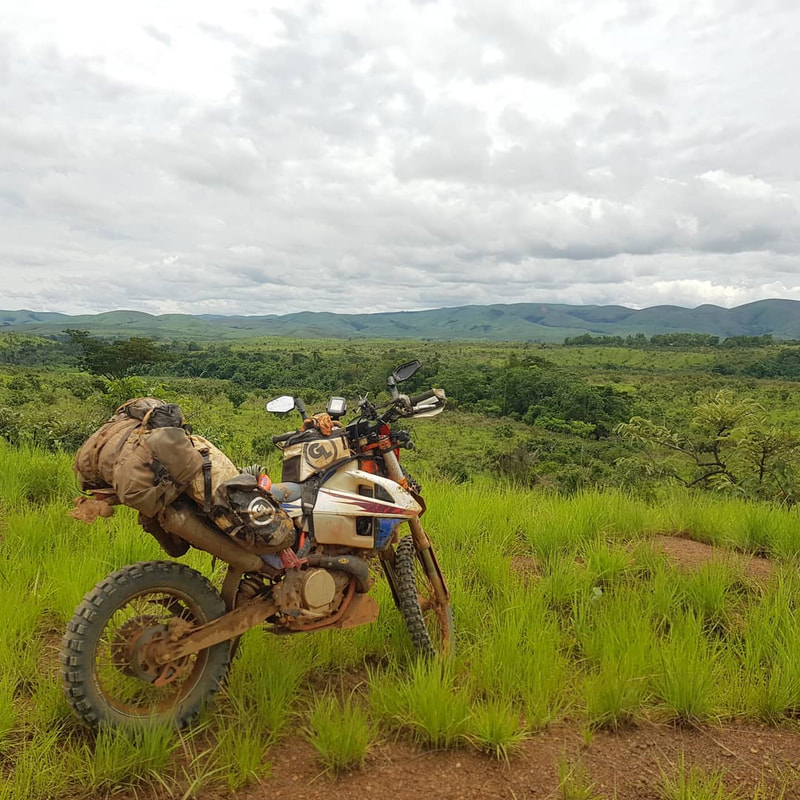 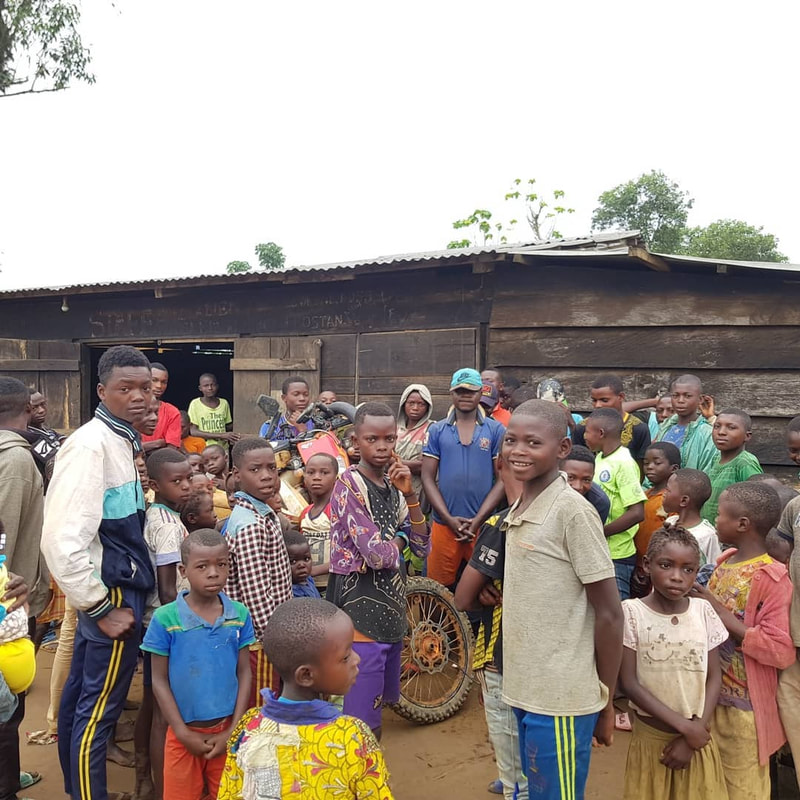