Two EXC's to
​Sweden and Norway

No matter where you want to go in Europe, there is an awful lot of asphalt roads to cover if you want to go anywhere. In Holland that translates into multi-lane highways chock-a-bloc with trucks, buses and an endless stream of cars. In Germany, well known for their extensive network of Autobahns, most sections have no speed limit. While trucks are doing 85-90 km/hr, in the lane next to them fast saloons fly past doing 250 km/hr or so… In between we have the brigade who finds it acceptable to check Facebook, E-mail and be on the phone while driving… throw in seemingly endless roadworks and being there in the middle of a heatwave and you'll get a lethal mix. All it takes for a gigantic pile-up with multiple mangled corpses permanently incarcerated in tin is one person misjudging the speed of another. Seeing a big Audi reduced to about half a metre in length, wedged under a truck is a pretty sobering sight… Especially when being there on a motorcycle. Europeans are also known for their chronic tailgating. They think nothing of being 3 mtr. behind you at highway speeds, while that should be a minimum of 60 mtr. according to the two seconds rule. And the 3 seconds rule does not take into account drivers which are not alert. ​ 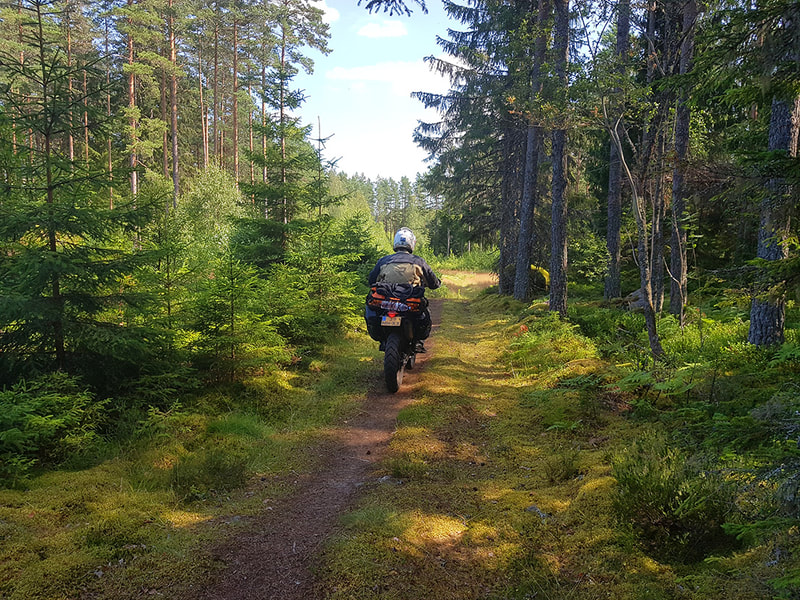 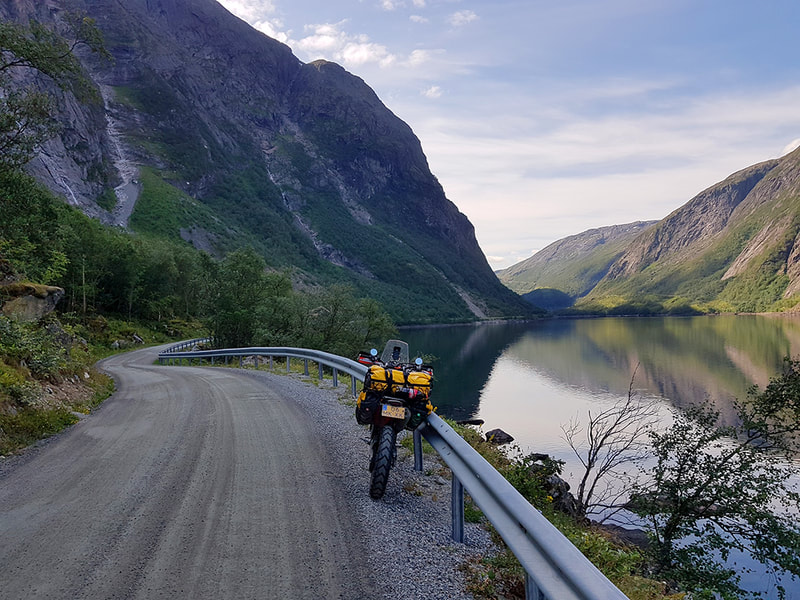 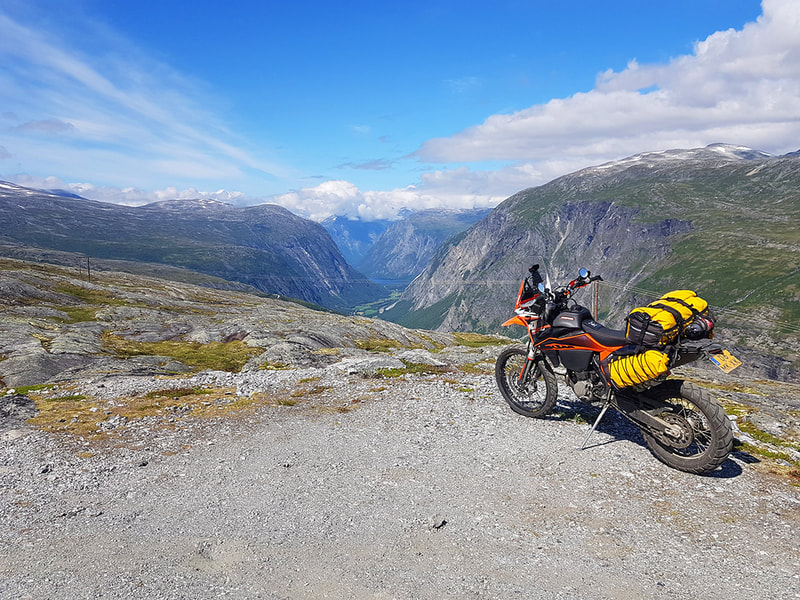 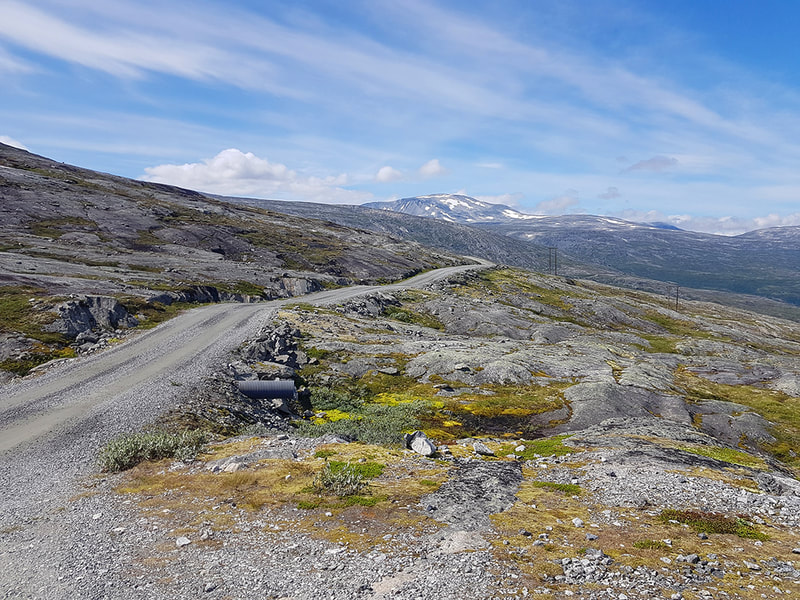 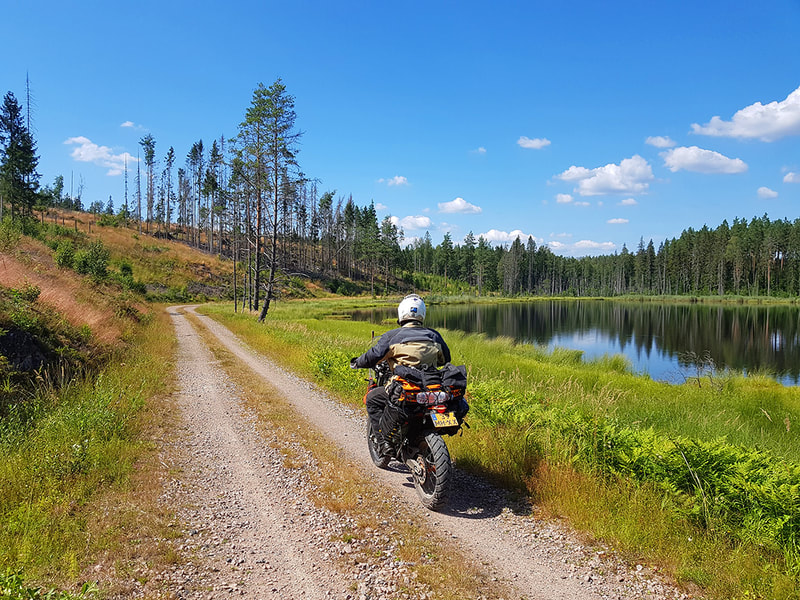 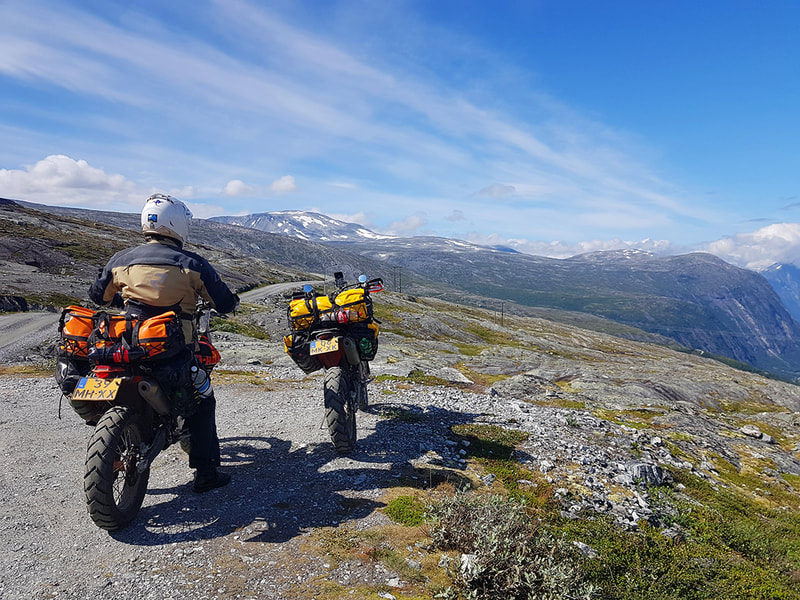 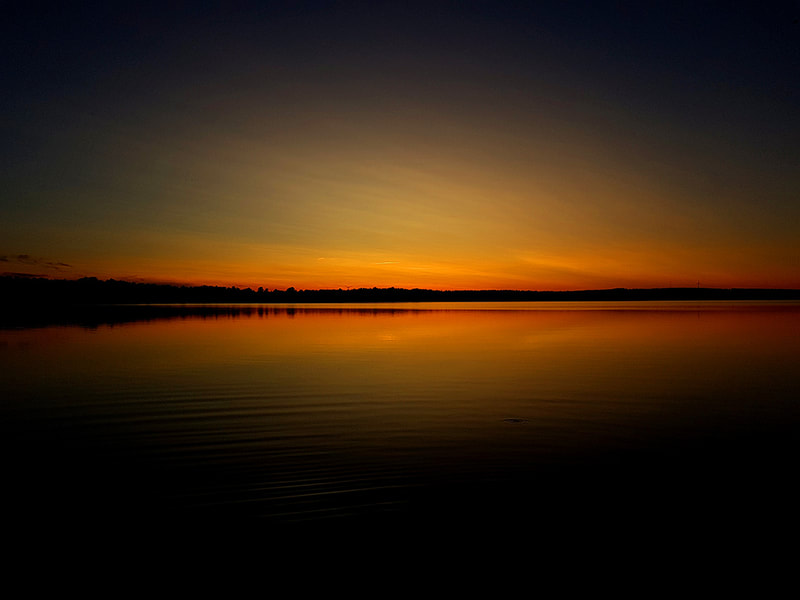 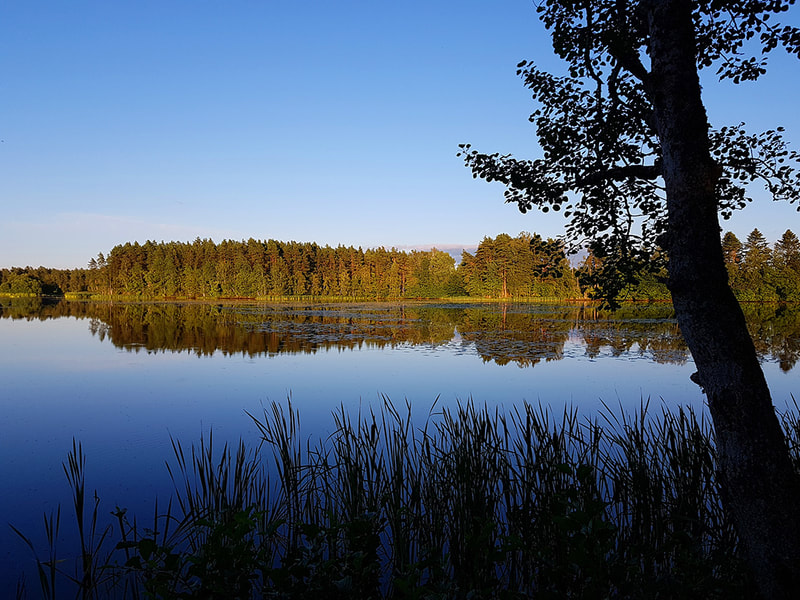 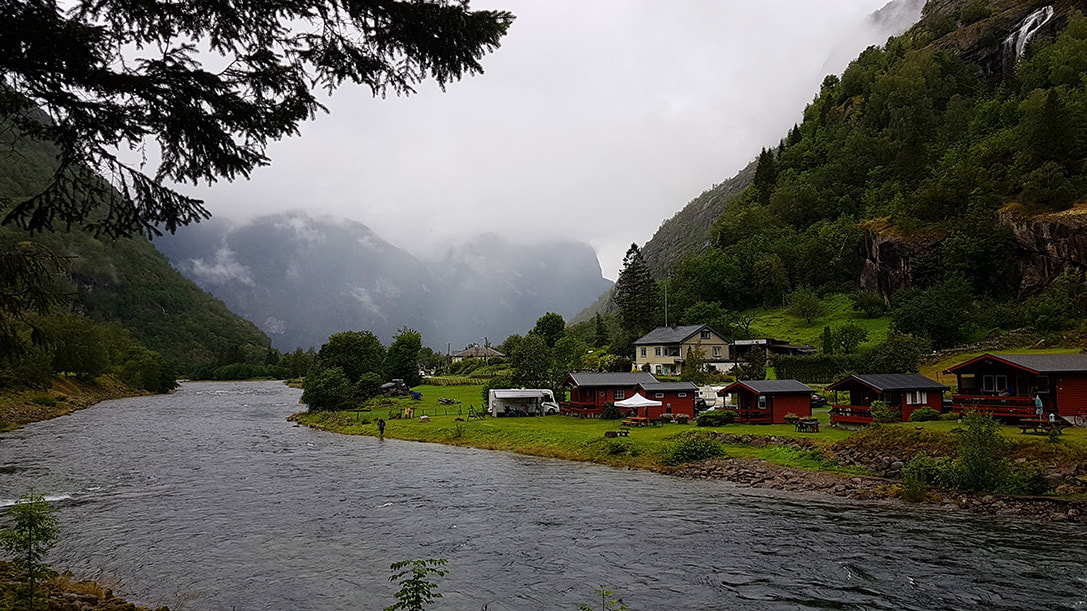 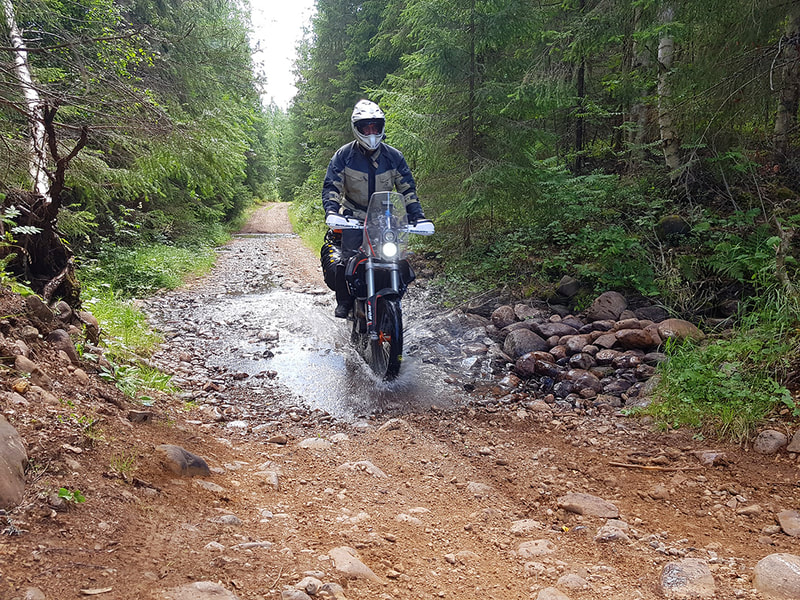 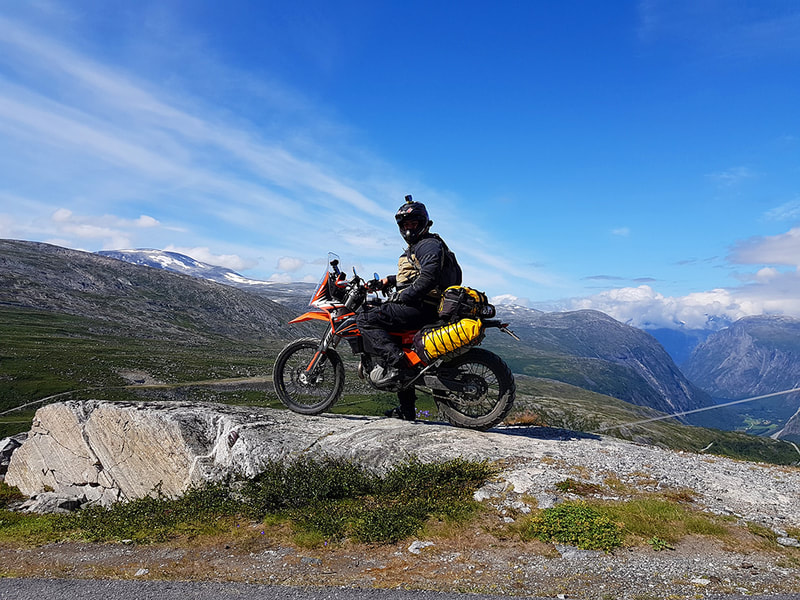 Once we crossed the bridge to Malmö we left the motorway and entered the Swedish TET. The first part are smaller asphalt roads but it doesn't take long before the gravel roads start. What a blessing after a day and a half of nothing but traffic! The roads are sweeping smooth gravel with a few castles thrown in for good measure. The moment we hit the gravel, Sweden somehow changed. Most people tend to ride north from Malmö and take the quickest route into Norway, i.e. highway… and then claim Sweden is a bit boring. It will be, but take an inland route and you'll find the real Sweden! The TET is such a route and thanks to the Swedish Linesman a beautiful one! It shows Sweden in all its beauty as it takes you through old forests, past pristine lakes and through farming areas. No hordes of tourist to be found anywhere, no traffic, no buses… nothing but total silence. Sweden enjoys allemansret which very roughly translates into 'freedom to roam'. It allows for free camping, among others, which mean we can pitch a tent for the night along one of the many lakes and rivers. We have small tents, as we like to travel light, which means we can just about pitch them anywhere. The feeling of freedom and solitude, especially after an extremely busy period at work was more than welcome! 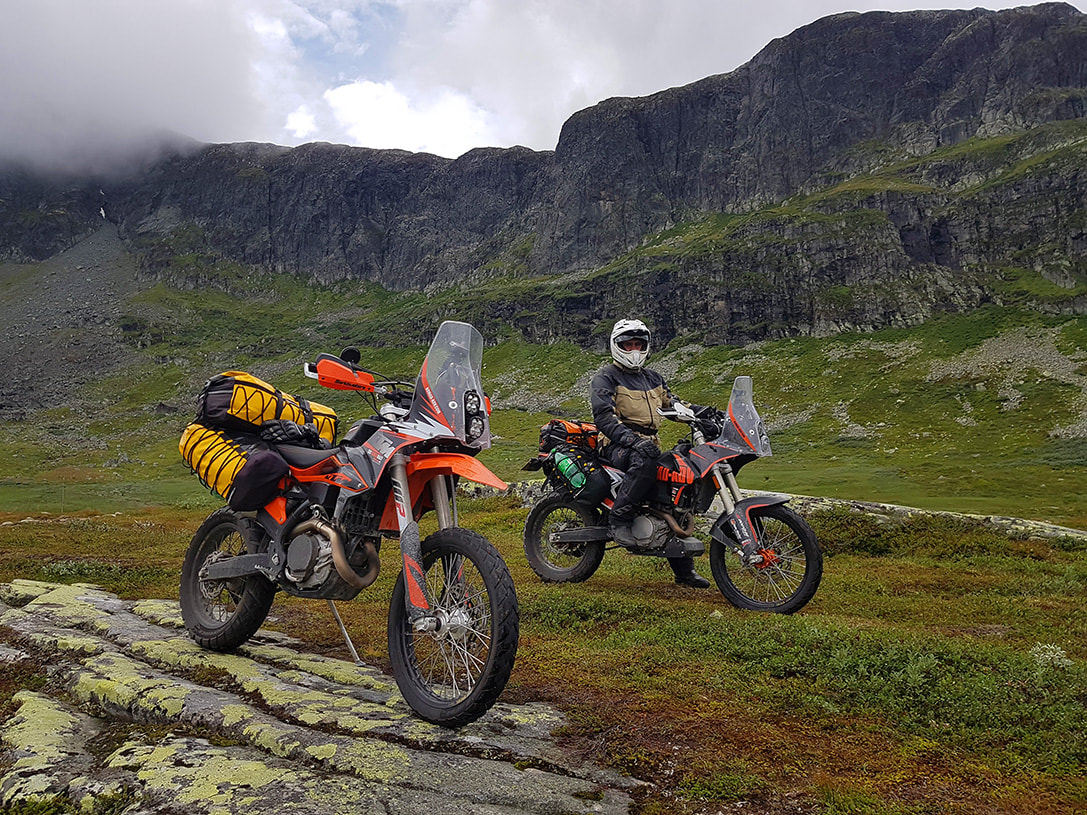 We followed the TET for a while and then veered off further north making our own route as we went along. Looking for the narrow and winding roads rather than asphalt. We had such a great time that even the weather couldn't dampen our spirits. The long range due to low fuel consumption allowed us to explore and try dead end roads into the mountains which usually lead up to stunning areas. 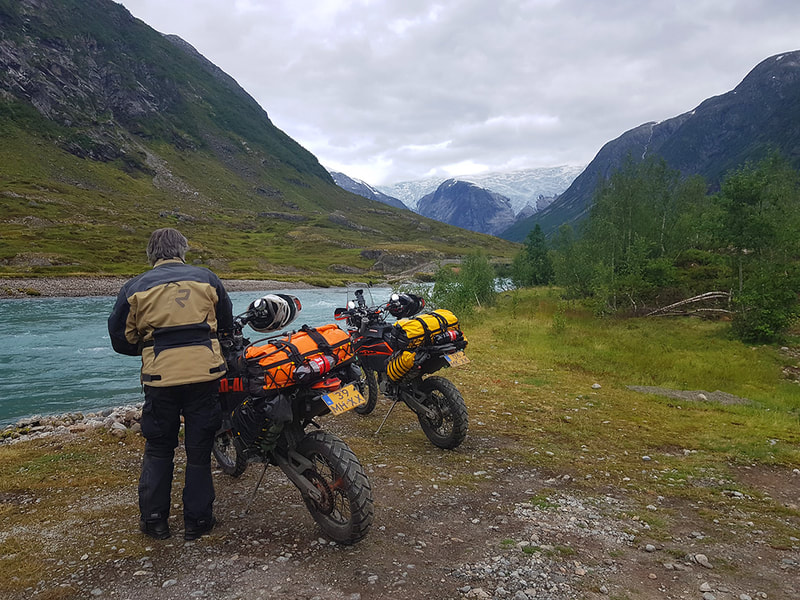 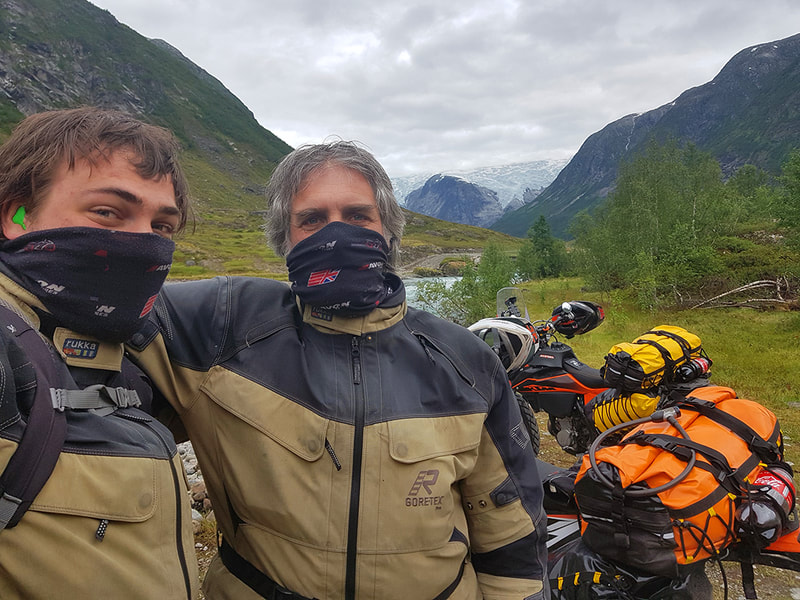 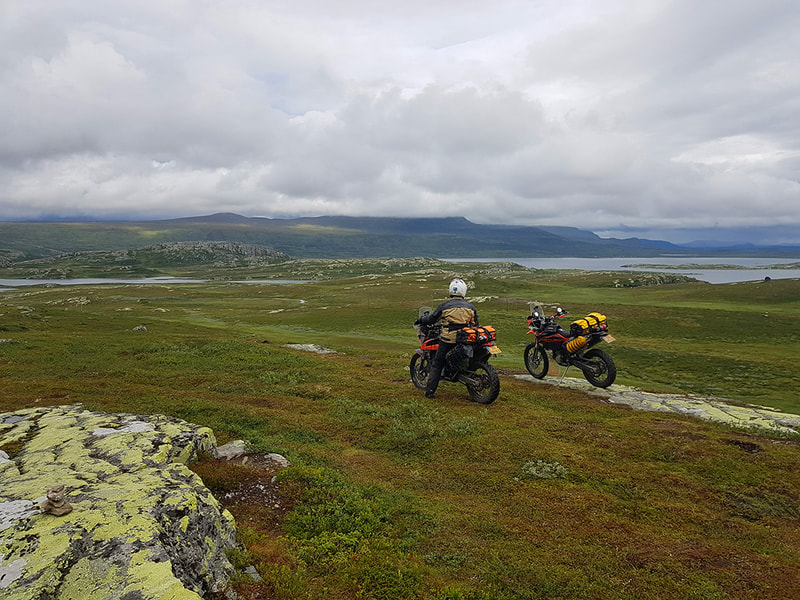 The route back home went via Sweden again. We didn't follow the TET this time as we don't tend to ride the same route twice when there is plenty more to see as well. Our own route was mostly gravel too and followed the Dalsland canal for a bit. Being at the end of the summer the weather turned wet and windy at the end but we still had a great time! ​ 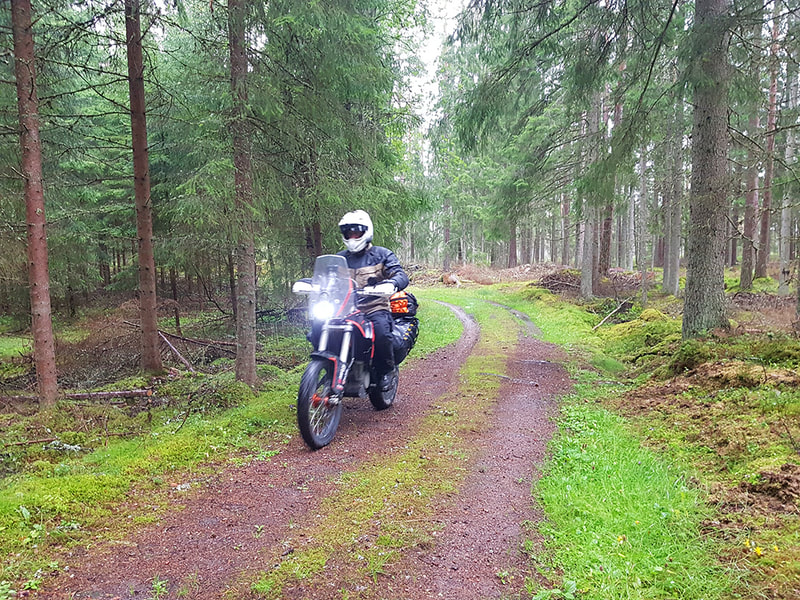 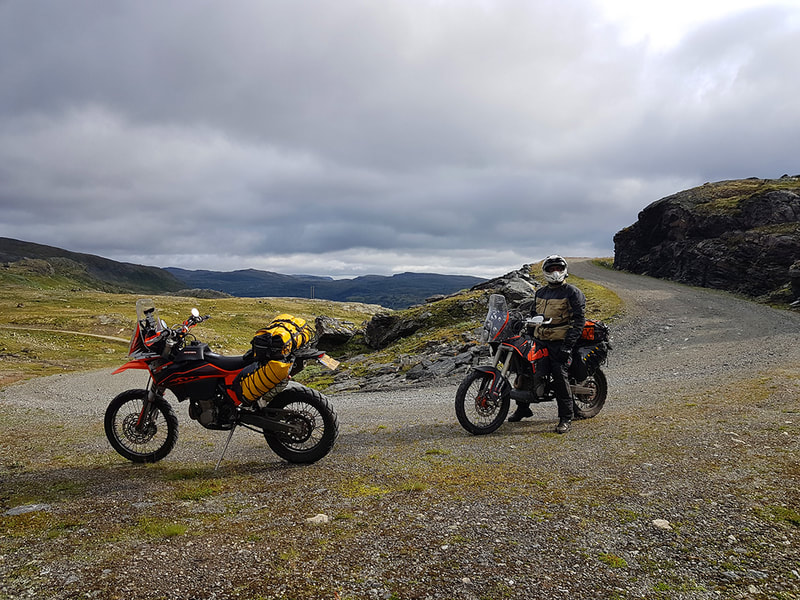 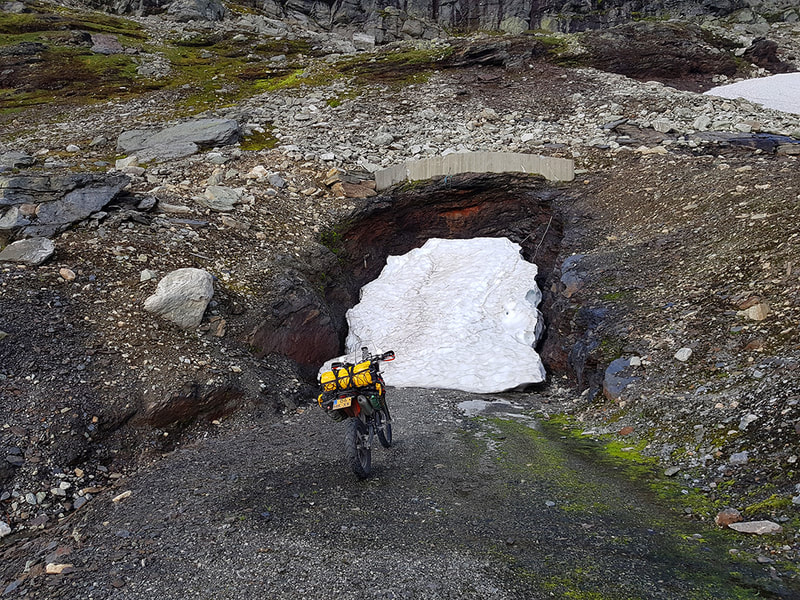 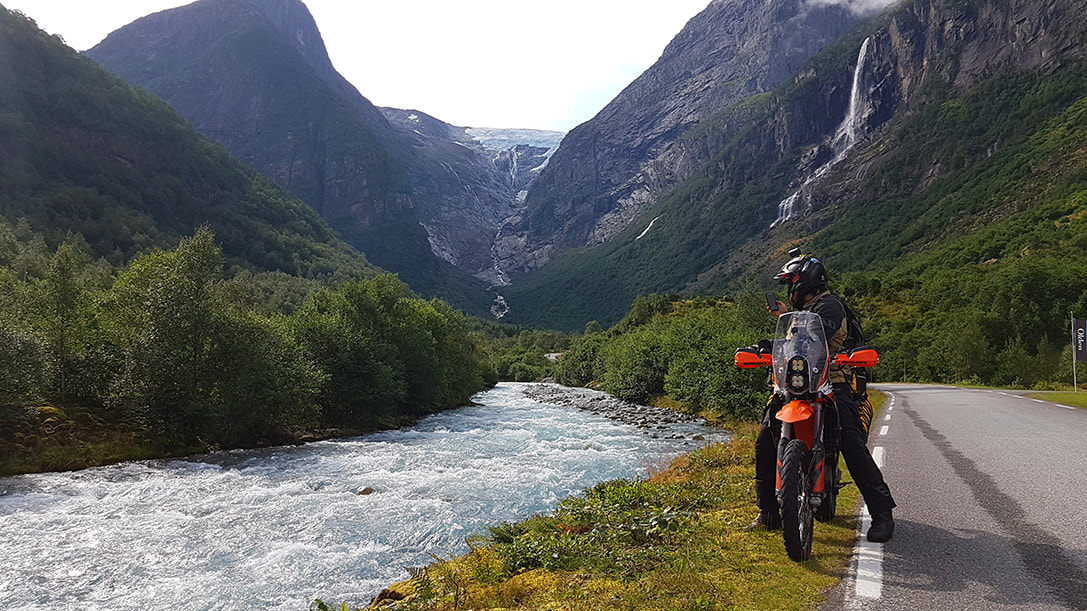